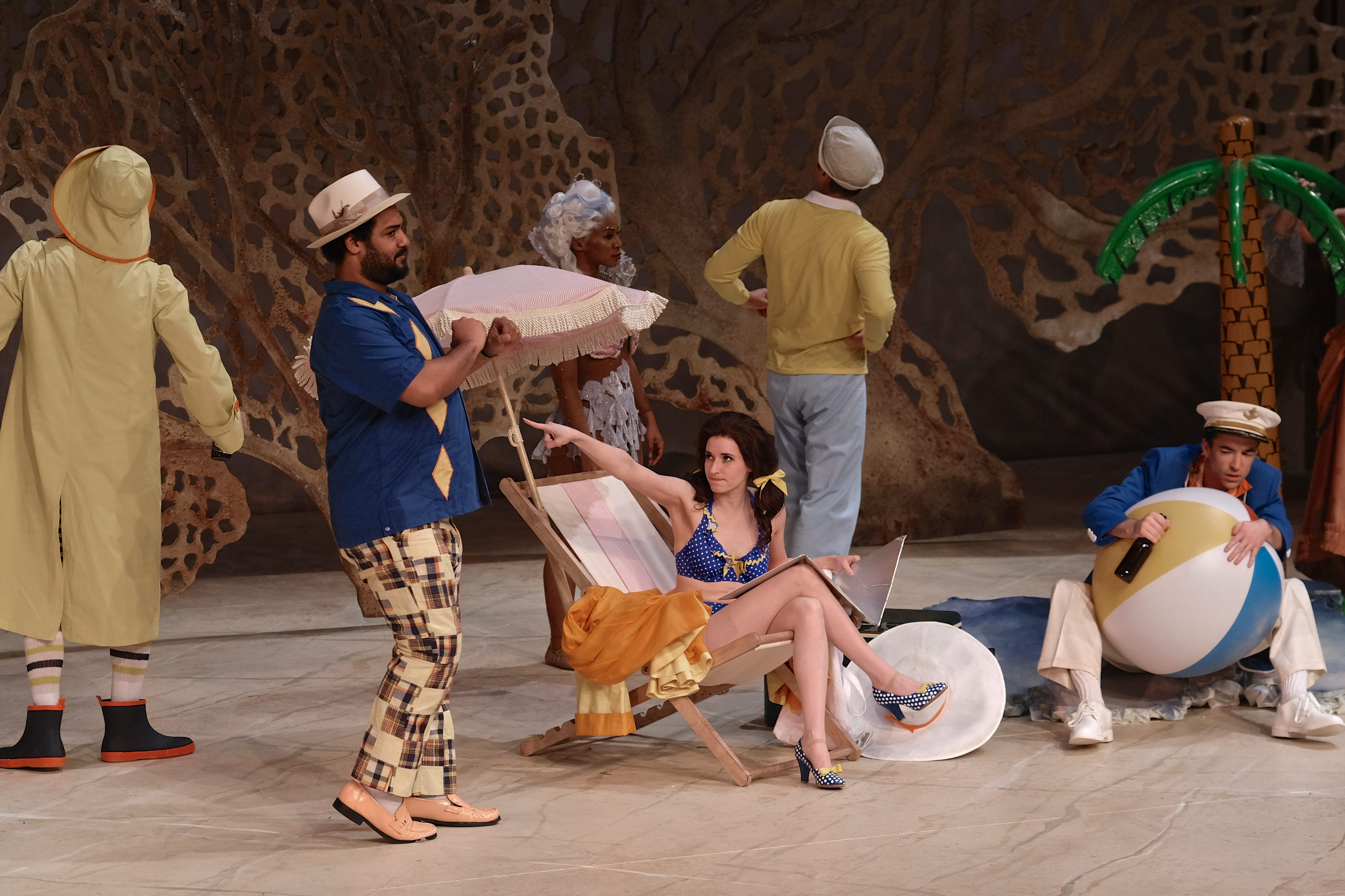 Sarah travels to the USA to sing the role of Zerbinetta in Strauss’ Ariadne auf Naxos as a guest artist with the A.J. Fletcher Opera Institute.

“The coloratura writing in her long and outrageously difficult aria outdoes all other such roles by other composers. And Ms. Labiner outdoes herself (and most rivals) with her extraordinary lightness of movement and clarity of pitch.”

“The audience gets the benefit of Labiner’s gloriously nimble coloratura voice and sly humor. A UNCSA alumna, Labiner (‘09) does her alma mater proud.”

Sarah is an alumna of the North Carolina School of the Arts, where she earned her Bachelor of Music degree and sang roles including Adina (L’elisir d’amore) and Clarice (Il mondo della luna) with the A.J. Fletcher Opera Institute before completing further training at the Royal College of Music and the English National Opera. Sarah has previously sung Zerbinetta’s aria in scenes with the English National Opera’s Opera Works programme at the Bloomsbury Theatre in London.

Click here for more info and a short interview with Sarah about the opera.