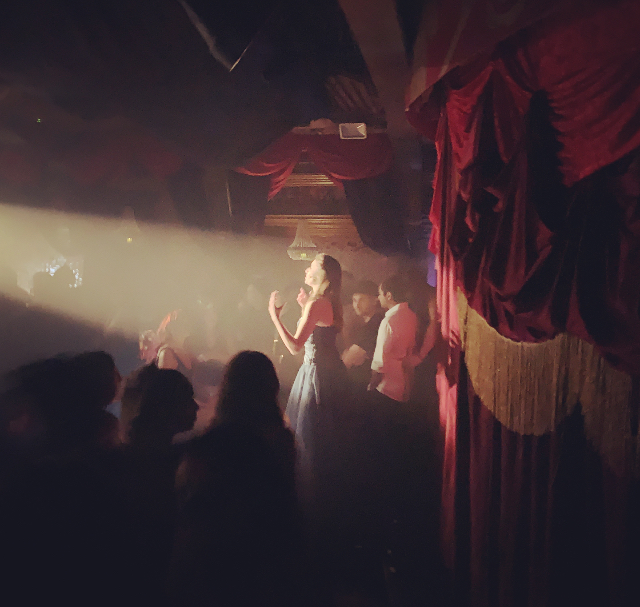 The Opera Cafe production produced by Giggling Wolf company which was originally planned for March-April 2020 has been postponed until Spring 2021 due to the Coronavirus (Covid-19) pandemic.

With touring performances originally planned in London, Dorset, and Devon, the production will instead have an extended run of London performances around Easter 2021. Further information to be released.

The story of an epic struggle where trained singers hang on to the last rung of the operatic ladder. Opera Cafe is a hilarious  comedy where epic singing is frustrated by bowls of Puccini and where chaos and misunderstanding are served with Verdi and Salsa.

Written and Directed by Ian Bloomfield, Opera Cafe is a comedic whirlwind of a show filled with operatic favourites. It stars Honey Rouhani, Robert Barbaro, Ian Bloomfield, and Sarah Labiner.